What is Fire Extinguisher?

Fire Extinguisher is Portable apparatus used to put out a small fire by directing onto the burning material, which cools or deprives the flame of oxygen, or interferes with the chemical reactions occurring in the flame.

Numerous agents used to extinguish the fires; the selection of the most appropriate one depends primarily on the nature of the materials that are burning. Secondary considerations include cost, stability, toxicity, ease of cleanup, and the presence of electrical hazard.

Small fires are classified according to the nature of the burning material. Class A fires involve wood, paper, and the like;

Class B fires involve flammable liquids, such as petroleum products, and paint thinners;

Class C fires are those in electrical equipment;

Fires of classes A, B, and C can be controlled by dry chemicals such as sodium/potassium bicarbonate or Mono ammonium phosphate, halogenated hydrocarbons such as Clean Agents, carbon dioxide or Foaming agents, Class D fires ordinarily are combated with dry chemicals.

The Top 3 Benefits of Fire Extinguishers

Lot of studies conducted on fire incidents and found Fire Extinguishers can be extremely effective in stopping flames before they grow out of control. From all the studies found that the Fire Extinguishers were able to stop the fire in over 80% of recorded incidents.

When the effectiveness of Fire Extinguishers is put in context of overall fire statistics, it becomes clear how much of a difference these tools can make. When a fire extinguisher is able to confine the spread of a fire, it can literally save lives, especially in places with lots of people, like hotels and schools.

Uncontrolled fires can also have a harmful effect on the environment by releasing carbon and other greenhouse gases into the atmosphere. By extinguishing the blaze early on, Fire Extinguishers help minimize the spread of pollutants while also saving the water fire fighters would otherwise use to extinguish the blaze. 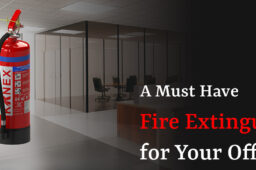 A Must Have Fire Extinguisher for Your Office 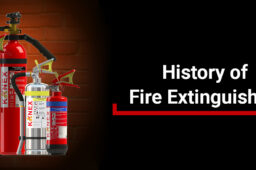 Know about the History of Fire Extinguishers 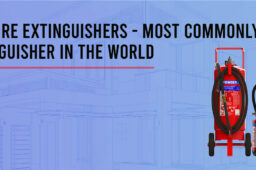